A great series (even if I did spend the first half of the 3rd in the air), considering the Lions were big favoutites going into game 1 it kept everything going till the end.

were they? Thats not what the bookies thought.

Just printed out my boarding pass for a Qantas flight to Perth tomorrow. I notice an advert on it to “Meet the lion tamers“

I think Qantas need to update their advertising material 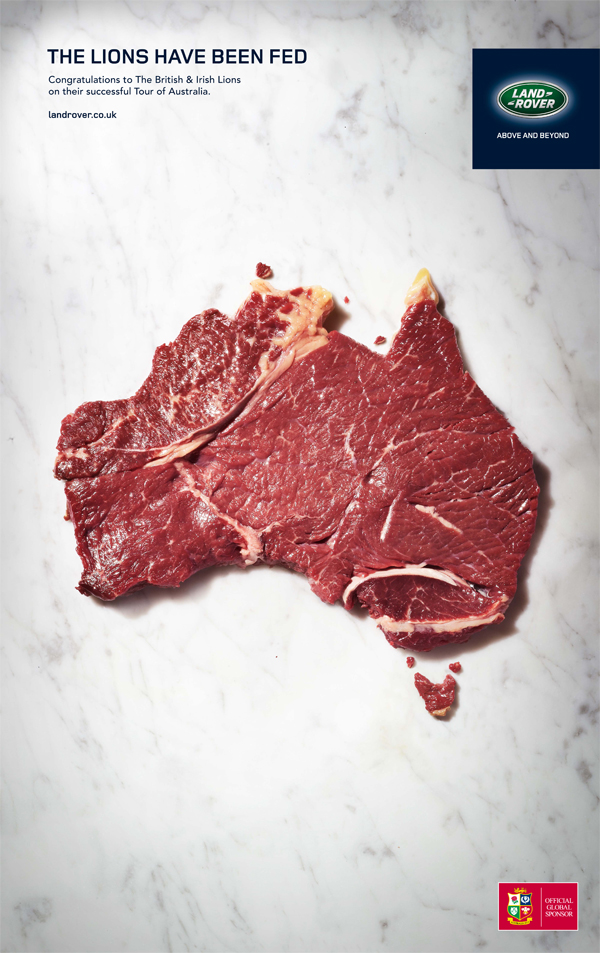 They should have gone one better and actually used wallaby meat 😀

Here’s what Gatland has to say to Ioum

what do we do now its over?

We went back to the Sydney Opera House after the official function, and then went on to a nightclub. I rarely eat McDonald’s but I treated myself to one on Saturday night. It is the first one I have had in six months and was bought for me by a fan who refused to let me pay. I had a Big Mac, a cheeseburger and chips and it did not even touch the sides. If there was one night I deserved a treat it was this one.

I am not a big drinker but I did have a few vodka and cranberry juices. I only drink about twice a year, normally after a Six Nations campaign. I choose not to drink because I know it is not the best thing for me and I also do not like the taste or smell of beer. Vodka and cranberry is about the only thing I can drink, and I think that is only because I know there are probably some antioxidants in the juice!

….and I also do not like the taste or smell of beer. 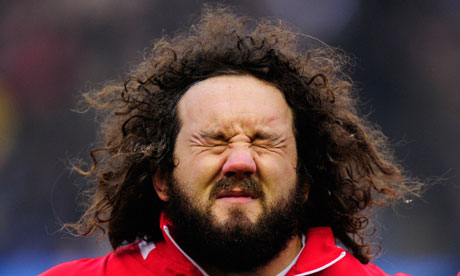 Doesn’t look like a cranberry juice drinker does he!!!

Not sure I like the look of the new cushions in Qantas business class. 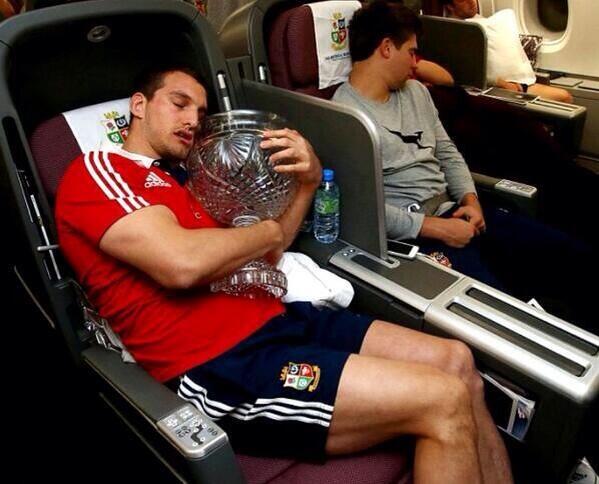 (nice detail on the antimacassars, though! Oh, and no one should ever wear those horrid Qantas PJs! FFS, don’t you know you keep them and use them as bike cleaning rags?)

anagallis_arvensis – Member
I’m also wondering where Ioum is now? His hatred of Gatland might have tipped him over the edge.

Not hatred. But he’s still no Geech.
Too antagonistic, and was always a poor fit for the Lions – Fights too many battles in the media; Always squabbling with someone; makes more enemies than friends.
He put the Lions reputation and future on the line.
The players secured it with the win, in spite of him rather than because, but it’s a situation that should never have occurred.
Can see what he’s trying to do in creating a sort of siege mentality, and how it might work for a small provincial team mentality, but it’s the opposite of the inclusiveness that a Lions tour is all about.

Anyway, enough about that. Players did brilliant in the end.
Halfpee is world class and fully deserved MOS. Gets better every season too. Rest of the backs were good too, but it was the pack that really set the tone. Parling and AWJ both played the best I’ve seen them play. All the front row were immense. But thought Corbs was even better and probably deserved MOM. And the back row was superb, best performance of the tour as a unit, led by SOB showing how 7 should be played.

So G****** get’s the win on his record.
But it’s thanks to a flanker he didn’t want to pick, and a prop he didn’t even want to tour. Wales can have him back, thanks.
Lancaster for me next time. With Shaun Edwards. Possibly against G****** too.

The club is investigating the incident which happened in a local pub on Wednesday night, according to the Bath Chronicle.
Eye-witnesses told the paper of “disgusting” scenes and said that Henson was punched after being told to “calm down” by players.
The player who punched him was unnamed.
The police were called after a complaint about “aggressive behaviour” in the pub but did not go to the premises as the Bath group left the pub while the call was being taken.
A witness told the Chronicle that Henson “went out like a light for about five minutes.”
“He just lay there like a lump, right on the floor.”
Henson only joined Bath last month following London Welsh’s relegation from the Aviva Premiership.

I’ll have a quick chat to a couple of mates who will be in the know and find out who I have to buy a beer for!

Apologies for the source;
http://www.dailymail.co.uk/sport/rugbyunion/article-2361782/Gavin-Henson-knocked-new-Bath-team-mate-night-out.html

Can anyone embed the vid? Not that any of us will enjoy watching it……much

Seems it was him, in the Pig and Fiddle, complete with grainy phone vid of the event.

wrecker, you’re ahead of me!

The topic ‘summer rugby’ is closed to new replies.