Hmmm?, dunno if that’ll work…my mind is sleep deprived, staying in the cairngorm hotel tonight so I should get a decent sleep – heading to zzzzz very soon indeed

I tried to get up to ryvoan bothy but past the green loch was just sheet ice, also tried to get up the forest road that winds up above loch morlich as there’s a belter of a trail up there but that was sheet ice as well so I stuck to lower down but there was still sheet ice in places, so much damage from the recent flooding. I’ll be back up at Easter for a week so take it out then, I’ll borrow the Scott spark ebike from the shop.

If anyone wants a spin on it at the 7stanes in D&G then give us a shout and I’m sure we can arrange something, it’s a medium btw 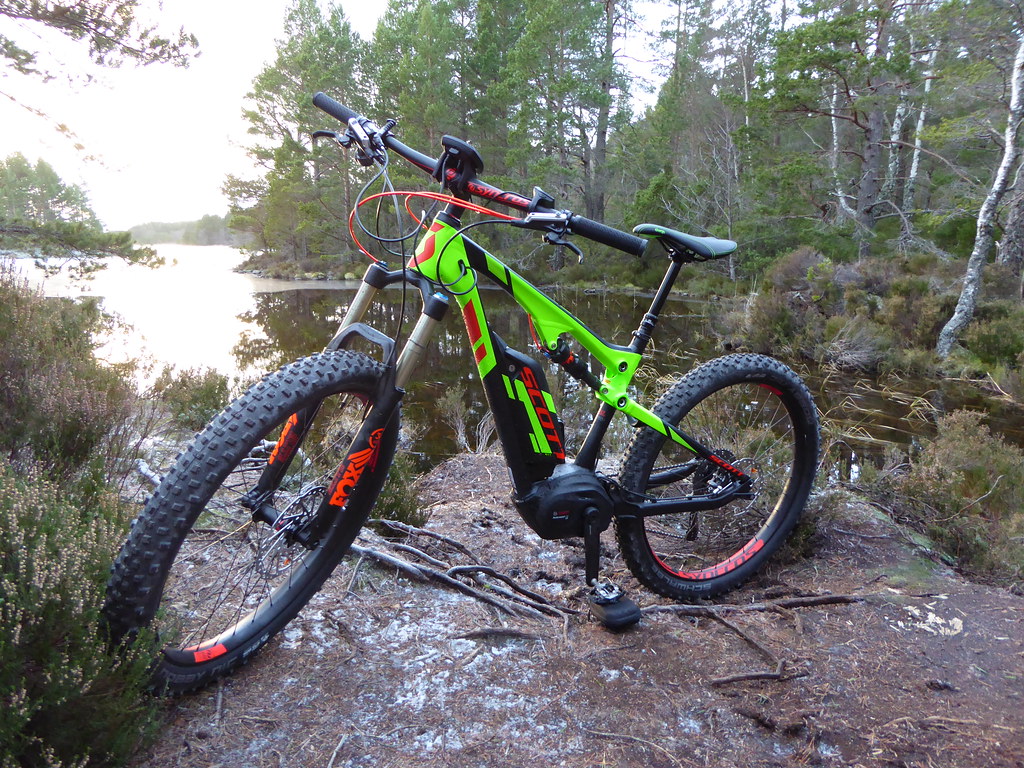 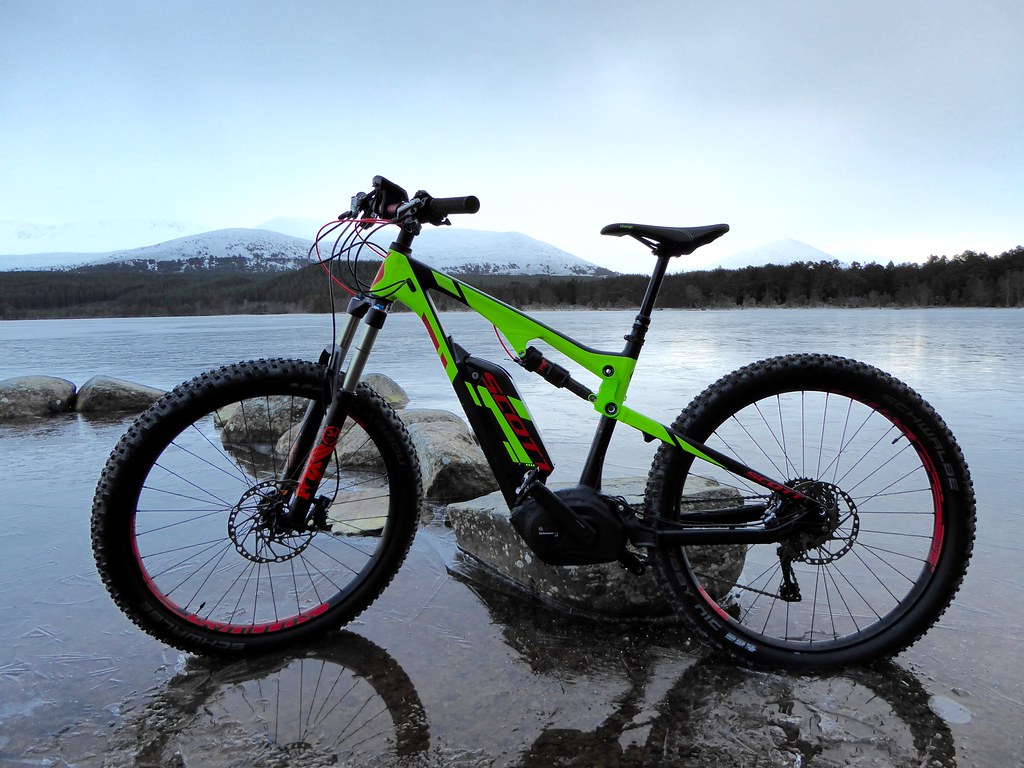 I know my other thread was about my brother, but seeing those pics, hmmm well, I want one! 😀

Cheers, my iPad Flickr mojo is obviously not working tonight.

It’s even more eye popping in the flesh, when I get back home I’ll do some proper pics.

Yep…..it feels so good to be able to ride off-road again rather than crawl along the road at 6mph average on the tripster. I’ve still got a big shit-kicking goofy grin on my face hours later but I sooo need to work on my upper body fitness, my arms, shoulders, sides and neck ache like I’ve had a good old fashioned pub kicking but it feels good… It’ll come….it’ll come….I just to ride it as much as possible which it precisely what I plan to do over the next few months.

Got a cracking 8hrs sleep last night in the cairngorm hotel despite my room being over the bar where there was live Scottish music, music is something I can sleep through, especially after a big meal, 3 pints and a double balvenie. Time for breakfast…….and a wander round the hikey shops, could do with a pair of warm winter soft shell trousers for bike duties. It’s been snowing overnight 😀

Cool bike, that’s the future right there! (or a big segment of it at least!)

The topic ‘Smothering a snorer?, would I get away with it?’ is closed to new replies.