Yes, people can be dicks, but some women need to stop being so sensitive.

I’m not going that far. It’s much easier to shrug off when you’re a reasonable sized bloke than when you’re a woman. Just pointing out that whilst the impact of this stuff is different for women, the actions of the **** in cars are common to both.

I don’t like the article though. I wouldn’t be surprised if it put even more women off or dented a lot of confidences.

I wouldn’t be surprised if it put even more women off or dented a lot of confidences.

Mikey – sounds like that might be a mans name. A number of folk will be along any minute now to inform you that you have no right to comment on account of you having a penis.

It is indeed. You may be correct, but I stand by my right to express an opinion, penis n’all.

I don’t like the article though. I wouldn’t be surprised if it put even more women off or dented a lot of confidences.

You just described me. 😀

There is someone I wish you could motivate to ride but it’s not a woman! Lol

cinnamon_girl – Member
There is someone I wish you could motivate to ride but it’s not a woman! Lol
Shall I try?

Nah, have to finish eating this kebab at the mo. 😉

first thing I saw was all the pics of women cyclists are in lycra and helmets. thats enough to put many non enthusiast cyclists off.

“all the pics of women cyclists are in lycra and helmets”

Scroll down a bit further, tj – there are some very fetching straw boaters.

Starts off crap and I think puts you in a frame of mind for the rest of the article. As said men totally get that flung at them as well.

That said the later stuff is about right, my missus feels more comfortable in female groups, more as an attitude thing than a problem with guys, she’ll be getting some Air Maiden sessions this year.

Comment on the roads being dangerous is fair enough. It’s all well and good saying “avoid the bad ones” but when they are all bad what do you do then? I can think of two quiet roads out of my town, one has a six mile uphill (which is utterly crap if you’re just starting) with an sharp dive back to sea level over a few miles at the end and the other takes you back onto the main road. Neither are exactly confidence building in terms of either stepping up to main raods (the choice is single track or trunk road) or fitness.

“Sometimes, when I’ve been out cycling on my own, I’ve had male drivers shout at me as they’re overtaking,” said the 45-year-old British Cycling Breeze Champion. “I’ve been told to ‘read the Highway Code’ and ‘get off the road’. I’ve also been sworn at. “I’ve even had ‘keep pedalling, nearly there’ – from a male cyclist. They wouldn’t have said it to another man, it’s so patronising and uncalled for.

“All I want to do is ride my bike and I don’t think I should have to put up with abuse from other – mainly male – road users, just because I’m a woman.”

I’ve had all those comments. It has nothing to do with her being a woman. She has a chip on her shoulder and is divisive.

“Women tend to be more concerned about safety than men,” said Ms Pidd. “And those fears are perfectly rational. Roads aren’t safe for cyclists – you need to be confident to go on the roads.”

I read last year that aircon is sexist. Are roads sexist too?

or MAMIL? I wonder why there’s no MAWIL in common parlance.

Other comments about new groups being cliquey or riders being put off because they weren’t good at sports at school or are worried about their base fitness aren’t only applicable to women either. They’re possibly more applicable to men who tend to be more competitive and more worried about underperformance, IMO.

Of course if women want to organise exclusive events then good for them. I hope they’re not the same ones complaining about the lack of a womens category at an enduro event though.

However, if issues are to be taken seriously they shouldn’t be obfuscated. The only one mentioned here is the woman being slapped on the arse by a motorbike rider.

The roads aren’t safe” – not true, most of them are. Just avoid the bad ones, it’s not usually difficult.

All very well for social rides but if it is for utility that doesn’t help if it’s where you need to get to is down a non safe road. There may be a alternative route but they are frequently much longer one.

The reasons cited are the exact same reasons that more men don’t cycle, it’s just that it affects women more and so puts more women off.

The key issue is risk. If cycling is perceived as risky then more risk averse people will be put off. Testosterone makes you less risk averse, which is why you see lower female participation in risky sports. It’s not a difficult thing to understand.

The level of sexism in cycling is also a big problem for men. The whole MAMIL campaign is an awful attack on gender as well as age. Imagine if we started publishing articles on how ridiculous some women look in their yoga pants in the national press.

I used to get no end of derrogotary and harrassing comments from the women in my office when I used to cycle in and out. It genuinely felt horrible each time I came to leave. I even got sent the following image by email from one of the women just before I got up to change: 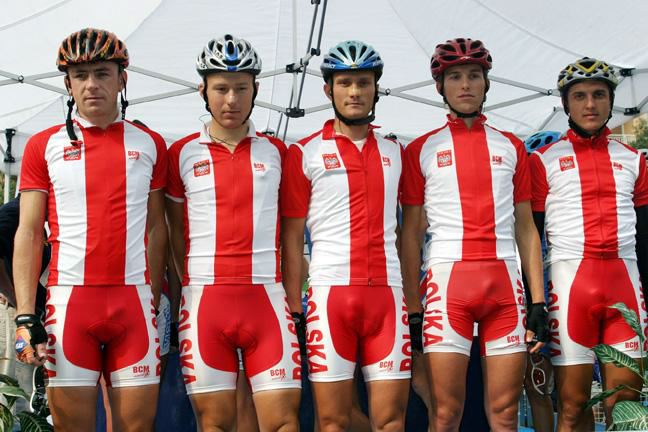 Again, I think the reason it doesn’t put more men off than it might otherwise do is that men are typically far less agreeable than women (i.e. they score lower on the trait agreeableness) and so it bothers them less. It bothered me for example but only a little and not enough to put me off.

However, if issues are to be taken seriously they shouldn’t be obfuscated. The only one mentioned here is the woman being slapped on the arse by a motorbike rider.

Yup, agree. Afraid most of that article is complete twaddle, with the exception of this case of sexual assault, which got lost in what comes across as mostly very sensitive whining. I’ve had all the above (except the sexual assault) in the four months I’ve been riding on the road seriously, having spent the previous 20 years leading a mainly MTB cycling existence.

Well, this is hardly a phenomenon that affects only women. Again, serious issue lost in the noise.

Well, this is hardly a phenomenon that affects only women

Of course not, but it can effect women proportionally more. This is the case with most of the points in the article. Of course many of the issues may not effect individual women, but it on mass, on aggregate proportionally more etc that is the important point that seems to be missed.

I wasn’t overly convinced by the article. All of the stuff mentioned applies to men too. I’ve experienced idiots shouting out of the window of a passing car when I’ve been riding alone or with a group of men. The behaviour of some motorists scares me sometimes but again, female motorists can be to blame as well, including the one who deliberately swerved at me and mr Pea.

Of course not, but it can effect women proportionally more.

How? Are men more resistant to the risks of car doors or articulated lorries?

Of course not, but it can effect women proportionally more.

This is exactly true but that’s not neccessarily a reflection that the behaviour shown to women is different to men, just that they react differently to it and that’s most likely to product of relative testosterone levels.

Indeed, there is research that shows drivers are more careful around female cyclists. I can’t find it but there was some research done a few years ago by a bloke who documented his experiences of close passes while wearing a long haired wig.

How? Are men more resistant to the risks of car doors or articulated lorries?

Well this is the effect of testosterone; men just don’t perceive the risks in the same way.

Are you suggesting that I have high levels of testosterone? :p

The topic ‘Read the BBC article on why many women are reluctant to cycle?’ is closed to new replies.