Having your head flushed down the bog is character building!

Anyway… sod the kids…. what about us?

making me nervous for my sons first day in a week. No idea how they are going to keep him indoors.

I was like that every day when I was at school.

The worst period of my life was going to a secondary school which I detested. I only lasted two terms, and I can still vividly recall the dread I felt the night before going back.
I changed schools and everything changed for the better, infact I think I used to look forward to going back.

His parents are at their wits ends.

I take it this their eldest (and possibly only) child. 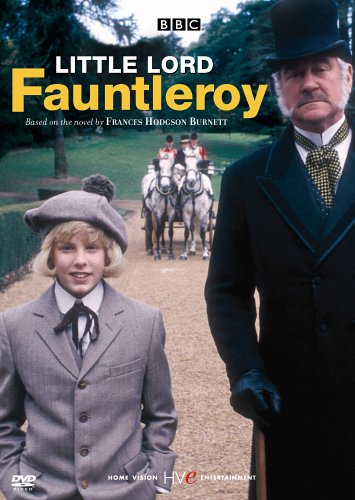 Getting bullied is an education, you learn which tossers to avoid. If you get bullied loads you’ll either toughen up & fight back or go introverted. Either way it’s something you can’t avoid so just get on with it.

I was like this from age 9 or so. I was in my late 40’s before being diagnosed with anxiety. It was all the same stuff.

My elder boy always hates going back. Stresses about uncomfortable uniform, moans about it being boring and strops his way to school. I think it’s mainly about change for him – he’s never liked it. Ask him in the evening and he’s usually had a great day. We usually expect the first few mornings of every term to be a stressful nightmare as we alternately cajole and bully him in.

No useful advice – other than to say they’re not the only ones!

Some people are just that way out.

I am father to fraternal twins, one was dying to go back to see her friends, the other was highly anxious that she would not be able to connect with the other people. We tried to coach her through what to say etc but it didnt work, her friends romped up and she just stood there awkwardly until they had dispursed. I felt really sad for her but doesnt seem that there is anything I can do. Nature vs nurture?

Aspergers daughter, last few days have been hell on earth 🙁

Reminds me of my daughters first day at school, was a robust young lad going round hitting, pulling hair and being a right little toerag, until my daughter smashed him in the face with a large wooden building block.
“Settled him down” the teacher told my wife.

I hate it too ! means the kids are growing up and Im getting older, dreading the day the kids leave………….Ill be stuck with the Mrs 👿

Aspergers daughter, last few days have been hell on earth

It used to be like that for us. Particularly bad if I had to be at work on time, had meetings and a routine I really needed to stick to, then my Apergers would show, which is not a good mix :-/.
However ours is 15 now, and is the first time she’s managed a full week on school. She’s enjoying it now and has finaly ‘settled’, or rather has a set of routines and predetermined things to do if ‘x’ happens.

Its taken years of negotiation with the school, trying out different things, keepin a close eye on her peer groups and general helecopter parenting. We’d kinda got used to the idea that, though bright, she was never going to perform academically, but now she’s on her Nat5’s and doing a Higher too and wants to go on to uni. Hang in there, it does get better.

it does get better. ASD elder (son type) had a rubbish time at primary (moved into area in P4); and some times at secondary it was awful too. They accepted him in time, school gave support, flourished, great set of Highers, several advanced higher too (better than I managed) and was joint dux last academic year. On to university in – ah !! – 10 days time 🙂

“being bullied is an education” – charming. I really wished I wasn’t bullied. There’s really no excuse..

“being bullied is an education” – charming. I really wished I wasn’t bullied. There’s really no excuse

like saying being bullied is part of having Aspergers.

You know why it happens, but it still isnt great. Happened to me in the late 70’s/early 80’s and it happend to my daughter in primary and her first high school, by both kids and teachers who think you’re just a bit quiet and odd and cant be bothered trying despite being capable.

Interesting reading the OP. it’s very difficult to distinguish between a child who just doesn’t like the change from the freedom of holidays or doesn’t like the formality of uniforms, how uncomfortable they can seem, so more of a sensory processing problem, or the return to the school environment, a land of expectation and social cues and the inability to figure out where you’re supposed to be at any one time!

kcal, you took my words out of context ‘getting bullied is an education’ I didn’t mean that it’s good thing at all, it’s relevant to the next part of the statement which is ‘you learn which ****** to avoid’ – meaning you learn that there are nasty people in the world and that you can try and avoid them. I was bullied in school, loathed secondary school and I think it did twist something inside myself and how I view other people’s actions. So it’s not something which I think is a force for good at all.

@lovewookie – school support varies so much between schools and staff – some are outstanding, some terrible. And I imagine between councils (we’re in Moray which is not bad) it must vary as well depending on resources as well. Referral and diagnosis helped in our case.

@jekkyl – fair enough. I did a bit. Do wish there were ways to learn these life lessons without the trauma though :/ TBF I think the schools are in general a bit sharper on these things than in my day.

yeah, in our experience the local Academy had a terrible attitude, contributing greatly to my daughters subsequent mental health problems. It was all about pushing the high achievers, to get the school rating up.
The school she’s in now is in a slightly rougher area, but more geared toward the capabilities and best achievement of the individual. It’s more important that the kids have the opportunity to have as good an education as they are able by looking deeper into their difficulties with aquiring that and how to work around it, than the average result score.

The topic ‘Neighbours son upset about going back to school’ is closed to new replies.