My family had a dog who would bark at the sound of the front gate opening. One of us would quietly say ‘Ok, that’s enough’, or similar, and the dog would settle after a further gruffle. Brave dog goes back to dreams of valiently defending house and family. Job done.

He did get rather deaf later.

Yes but in this case she’s just doing what she sees as her job.

You need to teach her that her job extends to one bark only or this is not her job anymore.

It isn’t easy, we had a behaviourist out to talk about a different problem but it highlighted other things we were doing wrong, once we had changed it made a massive improvement.

Some brilliant tips above though.

Science shows that dogs bark because they are dogs. We too have a barky dog. We can’t leave her in the front room alone because of the barking. We can’t stop her barking at cats, people etc, but we do quiet her as quickly as possible. The command I use is “enough” and/or a finger on my lips. If we are not in the same room, we call her to us. If you can get your dog to bark to order (e.g. a “speak” command) it’s worth practicing both commands with treats.
It can be useful…[video]https://www.youtube.com/watch?v=UOla8zf70JE[/video] 😉

Giving the dog less of a run of the house can work too having all the doors open means the feel like the need to defend the whole place, closing the house down more – especially when you’re out – gives them less to be alert about.

This +1. So far as my dog is concerned, she’s only allowed outside the living room and kitchen if I’m there. It’s not her space to defend. It can seem cruel to confine them, but if your dog is stressed from trying to dominate the space, it’s worthwhile.

Science shows that dogs bark because they are dogs

One thing they can be trained to do is not bark.

I think that’s what the OP was asking: “It can probably be done – but how?”

By rewarding the dog when she is not barking and not reinforcing the barking by shouting or calling it’s name when she is doing it.

Op where are you based?

I can recommend a behaviourist who can help.

shock collar, worled wonder with our old sausgae dog.
the deluxe one is 60 odd quid but have a look on ebay. They do work!
http://store.intl.petsafe.net/en-gb/bark-control/static

I think that’s what the OP was asking: “It can probably be done – but how?”

I gave my method in the first reply…

Also following with interest. Our dog (1 yr old working cocker spaniel) is very good and very rarely barks when in the house (the odd woof here and there but not much more) but as soon as she is let out into the garden she constantly barks – I think it is because we have high fences all around the garden so she cannot see anything but she can hear noises (people walking up and down the ginnel, cars on the road, other people in their gardens etc.

She sometimes stops when told ‘NO’ but that is normally only for a few minutes then she is off again. Sometimes however we can leave her out for ages and she doesn’t make a noise. After growing up with a neighbour selfishly allowing her dog to bark all day I am very conscious of not annoying our neighbours in the same way (especially early in the morning at weekends).

Don’t use a shock collar. they are cruel and can lead to all manner of other bad behaviours.

If you change your reaction to the barking, she will change. Then you can treat her and fuss her when she is not barking and behaving, and the situation will improve. it wil take some work, and it will help if you have someone who knows what they are doing observing your behaviour to help you change they way you react which will help her change the way she reacts. I learned this recently, i’ve made a few mistakes, I’ve had dogs for 15 years.

Dogs are bloody smart, and their emotional link to humans is very very strong.

Anyway this thread is rubbish without pics. let’s see some pics of Amber? 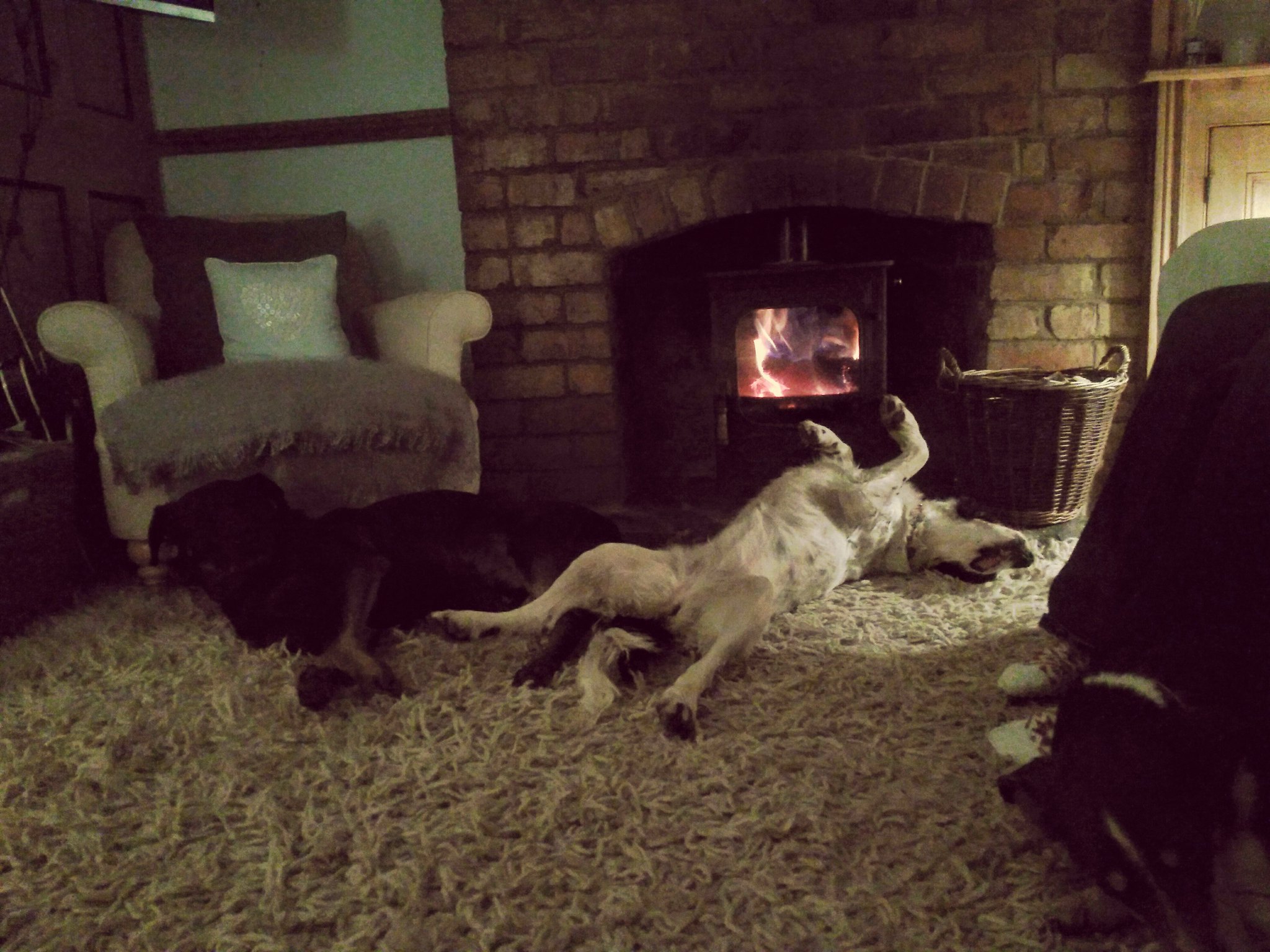 I started playing back that “Bertie was a watchdog” video, and as soon as the dog on it started barking, it set mine off!

Been considering a citronella collar with a remote control but mrswwaswas isn’t keen.

Smith and wesson offer a number of solutions.

Other than that, train your dog.

You need to teach her that her job extends to one bark only or this is not her job anymore.

It isn’t easy, we had a behaviourist out to talk about a different problem but it highlighted other things we were doing wrong, once we had changed it made a massive improvement.

Yep and at 20mo she has a good chance to just change this now.
As I said earlier my mum’s dog will just stop with a quiet word from me…but no matter how much my mum (or brother) try it doesn’t work…

I love dogs and hate the thought of inflicting pain, but it sounds to me that some sort of mild shock would be the way to distract him and then reward him for not barking. Probably needs to be worked on relentlessly with someone making noises outside to ensure you are prepared.

My dog barks when it hears a car on the gravel drive or ringing the doorbell, but I don’t try and stop him from doing that, just show him who’s there and then he’s happy. Doesn’t bark at anything else.

Positive reinforcement is the way to train a dog. But you have to take the time and also not react to bad behaviour.

I don’t believe you need to use the stick when the carrot works just fine.

Shock collars just sound like a lazy way out. And a cruel one at that.

My aunt had a dog that did this. Childhood memories of this little westie going batshit mental from the moment you put a foot on the drive and the first 10 minutes you were there. Everyone got the same treatment. Got to confess it put me off going to my aunt’s and off dogs to this day although the feisty little fecker is long gone.

Don’t even think about using a shock collar to control this.
The dog is in an anxious state as it has become territorial over the home. If you shock the dog it could associate territorial infringement with pain and its attitude turns from barking as a warning to aggression.

Seen it happen with a docile boerbull which had to be put down as the owner ballsed up the shock collar training and the dog tried to rip the limbs off anything or anybody if they approached the property.

If you have a working breed the best thing to do is train bark to command. Sounds counteractive but training the dog to bark means you can tell it to stop and you will have a lot more control which can help with barking long term. (some dogs trained to do this will still bark in the house but only once just to let you know).

Other breeds such as some terriers can be almost impossible to stop and you just have to stop them getting too worked up.

Our lurcher is very territorial / protective of us and the house. All very well and good but it drives me mental when someone is legitamitely coming through the gate to knock on the door. I just can not stop him barking – even when the door’s opened and it’s someone who lives in the **** house that he’s known for ten **** years. Or the postman / window cleaner / other people he sees all the time.

In every other way, we’ve been soooo lucky with his training. I can leave a steak on the table and nip down to the garage, he walks heel without a lead past all distractions, his recall is incredibly good (not perfect but close enough) etc, etc. But the barking makes we want to kick him in the balls – unfortunately, the rescue centre chopped them off as a puppy.

The topic ‘How do I stop my dog fbarking so much?’ is closed to new replies.